What is Georeferencing in GIS?

Georeferencing is the process of adding coordinate information to a digital image so that it can be accurately displayed on a map.

This is typically done by attaching known latitude and longitude points to the image, but can also be done with other coordinate systems such as UTM or State Plane.

Once the image has been georeferenced, it can be used in a GIS to spatially analyze or map features in the image.

A software can gradually warp the image to fit other spatial datasets by associating features on the scanned image with real-world x and y coordinates.

It is therefore is the process through which geographical information systems use the positions of some reference points to fix the geographic location of each topographic feature.

The georeferenced maps are used for applications such as planning, land use management, environmental analysis, and disaster risk management on a global scale.

Steps of Georeferencing in GIS

There are six steps in georeferencing; they are

This software can easily answer the real time queries and spatial data acquisition from the aerial imagery. In this, it captures all important details of images such as latitude, longitude, altitude and pixel size.

The major drawback of Banner is that it doesn’t work in Internet Explorer version 8 or below due to its HTML5 dependency. Hence, it can be downloaded only on Microsoft Windows operating system.

This software is most familiar with geospatial data and digital maps. It can work with many types of data by associating them with real-world coordinates.

It has many functions, some of them are rectification, warping, reprojection and geocoding among others.

The drawback is that it cannot be used on Mac Operating system as it has a Windows-only functionality.

This software can work with any imagery available on any media format like .jpg, .tif, or .bmp.

This software is very efficient, and can be used on different platforms such as Windows, Linux, Mac and many others.

Types of Georeferencing in GIS

Vector referencing is the process in which a digital map is georeferenced using the features from another map or image.

It is done by comparing the features from various sources such as scanned maps, satellite images and aerial photos among others.

Then, by identifying common objects in different images, it will be possible to associate real-world x and y coordinates with those objects that are common to multiple images. This step will then result in the coordinates conversion of one feature to a location on earth that can be compared with other geographic resources. Vector referencing is used for many data that include geographical features like roads, physical features like oceans and rivers among others.

Raster referencing is the process in which a digital map is georeferenced using a grid of cells or pixels from another source.

This type of georeferencing can be done on images with large areas such as satellite images or aerial photos and maps among others.

There are two types of raster reference; they are

In this type of georeferencing, images are divided into a grid of cells. Each cell has its own coordinates in x and y. Thus, it would be possible to associate the coordinates with a grid cell from the map used for referencing.

In this type of georeferencing, an image is taken in a certain position and orientation point which is the origin of the compass direction. These coordinates are then associated with the grid cell from a map.

Methods of Georeferencing in GIA

There are a number of methods to georeference maps in GIS. GIS programs and products support the creation of identifying GPS (geographic position system) coordinates for each point on the map corresponding to a particular database from which the data was created.

It is the process of assigning coordinates for a location near an existing point on the map so that it falls within a specified tolerance of that point.

In this method, the coordinates of a particular point on the map is interpolated by using several other existing data points in the same way that grid geometry is used to construct a plot of an area on a map.

Advantages of Georeferencing in GIS

Georeferencing has many advantages in GIS.

Georeferencing makes it possible for GIS to provide accurate coordinates in a secure manner.

Georeferencing GIS makes it possible for GIS to provide reliable coordinates using various sources such as maps, images, databases among others.

Georeferencing lower processing costs because it does not require any additional work in creating the data sets for new point locations, corresponding to existing points that are already in the database.

It is used for accuracy of data sets due to the use of reference sources like maps and images among others.

Georeferencing GIS can also be applied here. It is used for simplicity in understanding and processing geographical features such as roads, physical features among others on maps among other advantages in GIS.

Georeferencing has these particular advantages in GIS. It is used for real time data on maps, images among others.

Georeferencing in GIS can also be applied here. It is used for availability of spatial data to the user, who can retrieve the information about the spatial features on his own preference.

Georeferencing GIS can also be used here. It is used for data integrity, which makes it possible to check the validity of spatial data in a secure manner.

It is used for simplified maintenance of spatial data and make it more visible for analysis among other advantages.

It is used for cost saving because it reduces costs of third-party data providers, who have to purchase the data from other sources, using their own labor and costs.

It is used for compatibility of the spatial data, which makes it possible to share and compare the information on a map among other advantages in GIS.

Disadvantages of Georeferencing in GIS

Georeferencing has many disadvantages in GIS.

Georeferencing GIS has this particular disadvantage in GIS. It is used for cost of labor, which is required in determining the position of each point on the map.

Georeferencing also has disadvantage in GIS. It is used for third-party data providers who have to pay the costs of creating and updating data on the map, which is not their own work.

It is used for the accuracy of spatial data because it does not meet the standards and produces erroneous or misleading results due to errors that are present.

It is used for breach of data privacy, which is an infringement on the right of an individual to control their personal information.

It is used for errors in the reference source which makes it hard to use and understand spatial data.

Georeferencing GIS also has this disadvantage in GIS. It is used for incompatibility of the spatial data, which makes it difficult to share and compare the information because it is not compatible with other datasets, which leads to a problem in using it to obtain spatial data results.

How to Georeference an image in QGIS

In order to georeference an image in QGIS, you should follow these steps:

Georeferencing is the process of assigning geographic coordinates to a feature in a spatial database. This can be done manually by referencing a known landmark or using GPS coordinates, or it can be done automatically using a technique called feature matching.

Once a feature has been georeferenced, it can be used in spatial analysis and mapping applications.

This process can be used to improve the accuracy of digital maps or to make existing maps compatible with new data.

It may also mean using a map and referencing it via GPS or other sources of positional information (e.g., mean lake level in a lake), and then recording the values of these coordinates into a database.

What are the different methods used for Georeferencing?

Non-numerical georeferencing is the process of finding the coordinates for spatial features (e.g. roads, buildings) that are already in a database.

Why is georeferencing important in GIS?

It is important in selecting spatial features on a map based on coordinates, not just the area where they are located.

What is the difference between geocoding and georeferencing?

Georeferencing is used in GIS because it makes it possible to understand and process geographical features such as roads, physical features among others on maps, and then use this information for different purposes.

What are the basic components of georeferencing?

What is the difference between Geodetic Datum and spatial reference system?

Geodetic datum is used for the establishment of a point on earth. A spatial reference system is used for describing a set of points and their relationships to each other in a geographic coordinate system.

Spatial reference systems are based on geodetic datums.

What is the difference between coordinate and scale?

Coordinate is a number that defines an object’s position on the surface of the earth. Scale is used for measuring the dimension or size of something.  A scale is both a number and a measurement unit, while a coordinate can only be a number.

How is georeferencing used with GIS?

Georeferencing is used in GIS to get the geographical coordinates of features or points on a map.  This information is used for different purposes.

Selecting and grouping spatial features based on this information is one of them, while you can use it to calculate the location of other features or even analyze the geographic distribution of locations.

How is georeferencing used for accuracy?

It is crucial for GIS applications that require the highest level of accuracy for their particular purposes, like hydrology and environmental analysis.

Georeferencing is used for data privacy because it protects the personal information of each individual.

For example, if you are extracting data about a town, you can note the coordinates for every house in that town instead of listing the address.

This information can only be disclosed to third-party vendors under specific circumstances and it is not necessary to collect it from every individual directly.

How do you georeference and digitize in Arcgis?

In order to georeference an image in Arcgis, you can do the following steps:

How do you use data frames in Arcgis?

In order to georeference an image in Arcgis, you should use data frames, which include reference layers and coordinate systems. 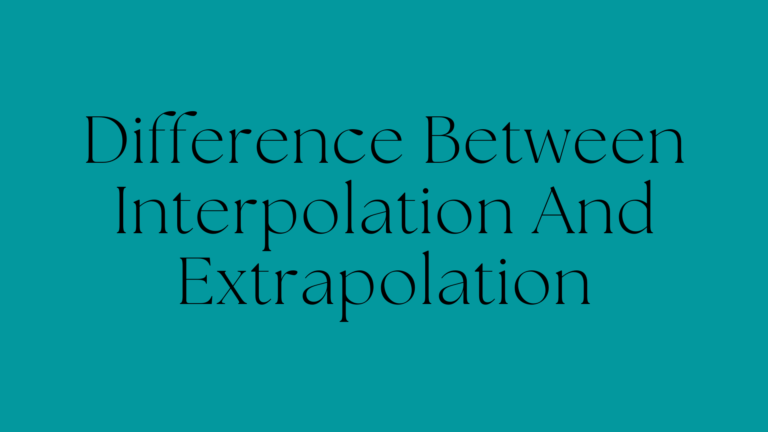 Difference Between Interpolation And Extrapolation: Extrapolate vs. Interpolate Introduction Mathematical techniques are used in many different fields to analyze…

Ejectment vs Eviction: What are the different types of ejectments? What is Eviction? What is Ejectment? Eviction is the… 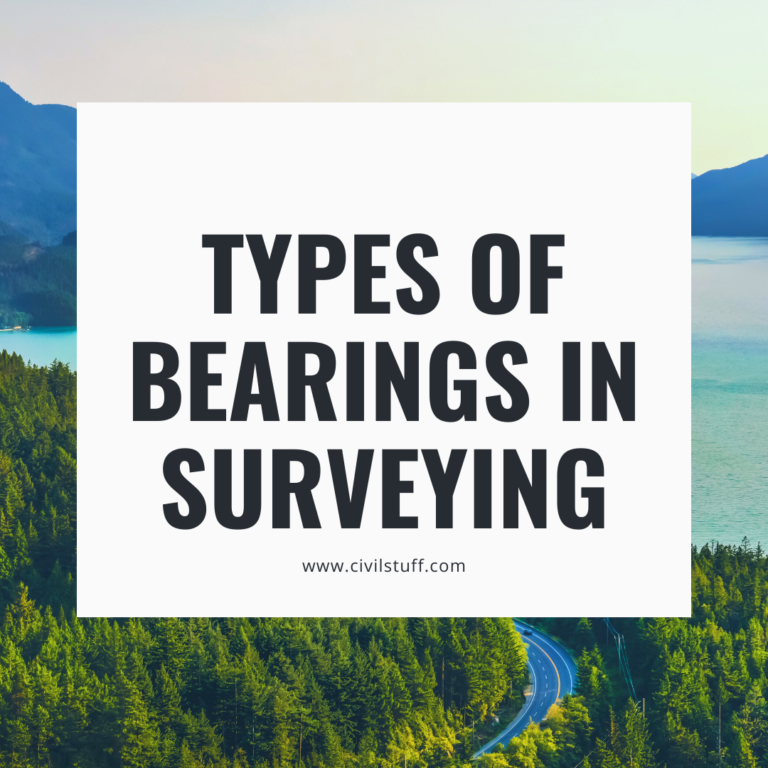