What is Terra Nullius?

Terra nullius is a Latin phrase that means “nobody’s land.” It was a notion that was sometimes invoked in international law to defend claims that territory might be obtained by the occupation of a state.

Because the majority of these “empty” lands were inhabited, the definition of terra nullius was enlarged to include territory considered “devoid of civilized society.”

The most well-known example is Australia, where the concept of terra nullius is still applied in disputes brought by Aboriginal peoples. Siberia and the Americas are two examples of territories that were once considered terra nullius.

In its rush to accomplish its anticipated Manifest Destiny, the United States appears to have regarded its western frontier as terra nullius.

When the term “terra nullius” was originally used is part of the controversy over its history. According to Andrew Fitzmaurice, a historian of ideas, territorium nullius and terra nullius were two distinct, albeit related, legal words.

Historian M. Connor, on the other hand, claims that terra nullius and territorium nullius are synonymous. Both experts are involved in the “history wars” discussion in Australia.

Historians are divided regarding how and when the terra nullius concepts were used.

The history wars compelled Australian historians to reconsider the country’s past, the dispossession of Aboriginal Australians, and whether the land should be described as “settled” or “conquered.”

One point of contention in this debate was whether England and other European countries ever utilized terra nullius to legitimize territorial acquisition.

Historians such as Alan Frost and Henry Reynolds argue that in the 15th and 16th centuries, European writers adopted the res nullius concept for territorial conquest.

Historians disagree whether the phrase “initial discovery and effective occupancy” was applied to indigenous peoples’ area that European colonial powers aspired to capture.

Historians on the other hand argue that terra nullius is a much younger concept that did not become formalized until the end of the nineteenth century.

Instead, some historians argue that territorial conquest was justified by natural law — that which has no owner can be taken by the first taker.

In his book The Invention of Terra Nullius, Michael Connor takes an even more extreme stance, claiming that no one thought of Australia as terra nullius in the nineteenth century. He refers to the concept as a legal fabrication, a straw man created in the late twentieth century.

While several countries claimed parts of Antarctica in the first half of the twentieth century, the remainder, including most of Marie Byrd Land (the portion east from 150°W to 90°W), has yet to be claimed by a sovereign state. Except for the Soviet Union and the United States, who reserved the right to make such claims, signatories to the Antarctic Treaty of 1959 agreed not to make such claims.

Bir Tawil is an example of an area that is frequently asserted to be terra nullius.

The one boundary placed Bir Tawil under Sudanese sovereignty and the Halaib Triangle under Egyptian control.

The second border did the opposite. Each country claims the border that would allow it access to the considerably larger Hala’ib Triangle, which is next to the Red Sea to the east, with the result that Bir Tawil is unclaimed by either country (each claims the other owns it).

Bir Tawil has no permanent inhabitants, but it is utilized by Bedouins who traverse the area.

Gornja Saga and other pockets

Serbia and Croatia are at odds over some tiny territories on the Danube’s east bank. However, several areas on the west bank, the largest of which is Gornja Siga, are not claimed by any country. Croatia maintains the pockets are Serbian, but Serbia denies any claim to the area.

Vt Jedlika of the Czech Party of Free Citizens established the right-libertarian micronation of Liberland on Gornja Siga on April 13, 2015.

The Croatian Ministry of Foreign and European Affairs has denied these allegations, claiming that the various border claims between Serbia and Croatia do not involve terra nullius and are not subject to takeover by a third party.

The Serbian Ministry of Foreign Affairs stated on April 24, 2015, that while “Liberland” is a frivolous matter, it has no bearing on the Serbian border, which is defined by the Danube River.

Burkina Faso and Niger: Until the International Court of Justice settled a larger territorial dispute in 2013, neither country claimed a narrow strip of land adjacent to two territorial markers along the Burkina Faso–Niger border. Niger was awarded the previously unclaimed territory.

Western Sahara: In 1975, at the request of Morocco, the International Court of Justice considered whether Western Sahara constituted terra nullius at the time of Spanish settlement in 1885.

In its advisory opinion, the court concluded that Western Sahara was not terra nullius at the time.

While the area is uninhabited, in 2010 China and Taiwan had already claimed ownership of them. The islands are within a traditional fishing ground used by both Chinese and Japanese fishermen.

The islands are also claimed by South Korea, but they were not originally included in Japanese claims despite the proximity of their waters near Japan’s southernmost territories.

While Scarborough Shoal is inside the Philippines’ exclusive economic zone and its surrounding waters, there has been no declaration of sovereignty.

In April 2013, China asserted ownership of most of the South China Sea by making its own claim to “historic rights” to the area.

This intensified tensions in the region and generated further claims by Vietnam and Malaysia as well as various other governments.

Rockall: According to Ian Mitchell, Rockall was terra nullius until the United Kingdom seized it in 1955. In 1972, it was legally annexed.

Sealand: The Principality of Sealand, one of the few micronations with physical control, has existed de facto since 1967 on an abandoned British anti-aircraft gun tower in the North Sea.

The tower had been abandoned by the Royal Navy and was outside British territorial waters at the time it was taken over. Paddy Roy Bates, often known as Prince, claimed it was terra nullius.

Despite denying this claim on the grounds that the tower is a man-made structure, the British government has never moved to evict the Sealanders, and a court in 1968 confirmed that the tower was outside British jurisdiction at the time.

Canada: The first Lieutenant Governor of British Columbia, Joseph Trutch, insisted that because First Nations had never owned land, their land claims could be safely ignored. As a result, the majority of British Columbia is still unceded territory.

The Norwegian claim was rejected by the Permanent Court of International Justice. The Norwegians accepted the decision and dropped their claim.

Patagonia: In the nineteenth century, some considered Patagonia to be terra nullius. This view rejected the Spanish Crown’s acknowledgement of indigenous Mapuche sovereignty and, according to researchers Nahuelpán and Antimil, set the stage for a period of Chilean “republican colonialism.”

The United Kingdom used this premise to assert ownership over the Australian continent. Prior to the arrival of Europeans, Australia was considered “a tract of territory practically deserted, without fixed inhabitants or settled law” (as the Privy Council put it in 1889).

This was, of course, a legal fiction, because the continent was populated by local peoples (the Australian Aborigines) and legal codes were already in place in some locations, such as the Yirrkala mission’s Aborigines. the colonial authorities either missed or ignored this.

In this aspect, the application of terra nullius to Australia was contrary to practice across the British Empire. As early as the 1830s and 1840s, the British government worked to bring

Why was Australia considered terra nullius?

Possession of Australia was announced unilaterally. The country was designated as terra nullius, or wasteland, because Cook and Banks believed there were few ‘natives’ near the coast. They must have inferred that there would be few or none inland.

What did terra nullius mean?

Terra nullius is Latin for “nobody’s land.” This notion has existed in international law since the dawn of Western democracy. The fact that it is a Latin expression indicates that it is drawn from Roman law – the idea that seizure of what no one owns is legal.

What do aboriginals call Australia?

Indigenous Australians employ the Aboriginal English words ‘blackfella’ and ‘whitefella’ throughout the country; some communities also use ‘yellafella’ and ‘coloured’.

The Proclamation of Governor Bourke enacted the doctrine of terra nullius, upon which British colonization was based, establishing the idea that the land belonged to no one prior to the British Crown gaining ownership of it.

Officially, no one rules over Antarctica; the entire continent is terra nullius: land that belongs to no one. It is the largest terra nullius area that men have walked on after the Moon.

When was Australia classed as terra nullius?

In 1835, NSW Governor Richard Bourke issued the Proclamation of Terra Nullius, which established the legal notion of terra nullius in Australian law as the foundation for British settlement. It had been 47 years since the arrival of the First Fleet.

Nonetheless, on 22 August 1770, Cook declared the continent’s east coast a British territory. The concept of terra nullius, or territory belonging to no one, was the legal principle upon which British colonization was founded until 1992, when the High Court issued its decision in the Mabo vs Queensland case.

Was terra nullius a law in Australia?

Terra nullius remained the law in Australia until 1992. The Native Title Act was passed by Australia’s High Court in 1993, after decades of struggle for recognition of indigenous land rights.

How is Native Title Recognized under Australian law today?

Native title was first recognized in Australian law in 1982, when a group of Meriam people from the Eastern Torres Strait filed a claim with the High Court of Australia.

The Court determined that those rights survived colonial rule and are now recognized and protected by the Australian legal system.

Can native title co-exist with a pastoral lease?

Is anywhere in the world still classified as terra nullius?

Territories may, however, remain unclaimed for a variety of reasons. Argentina, Australia, Chile, France, New Zealand, Norway, and the United Kingdom, on the other hand, have claimed territorial claims in the rest of Antarctica. Bir Tawil is a landlocked region on Egypt’s border with Sudan. 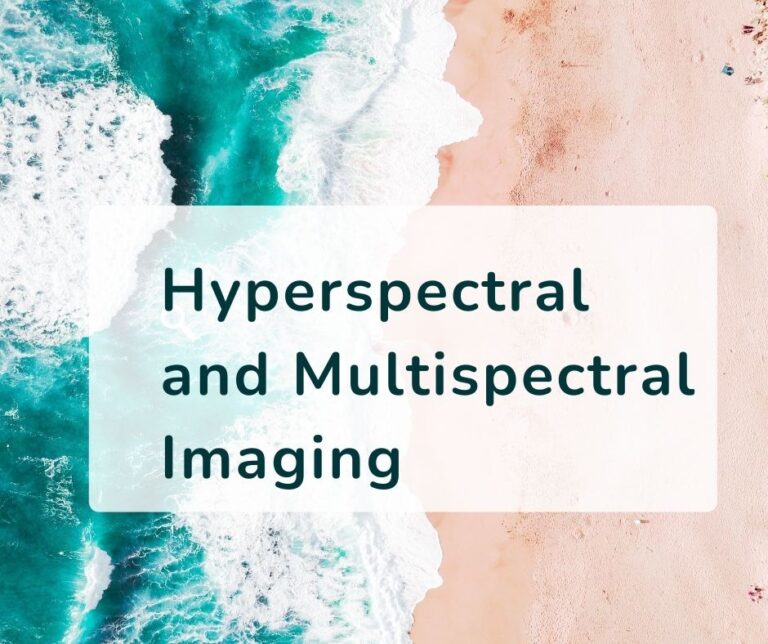 What Are Commingled Funds? A commingled fund is created when an investment manager collects money from many investors and…

Which One Of The Government Powers Permits Local Governments To Place A Lien Against Property? The government may use…