What Is The Difference Between Eminent Domain And Police Power?

In addition, eminent domain and police power is used to promote public health and safety, similar to land use for new construction. Police power is the authority of the law to protect the public interest. Police power allows the government to regulate private property use, such as building codes, zoning and sanitation.

Although it is a primary purpose of police power, it is not inherent and can be used in addition to the powers of eminent domain.

The most common use of police power is regulating business activity. These regulations may include health codes for public housing and workplaces and employee minimum wage requirements.

How Can The Eminent Domain Be Avoided?

To halt eminent domain, one must dispute the government’s taking power. This is only permissible if the governments planned take does not fulfill the conditions for public necessity or public purpose. Also, the property proposed to be taken must be blighted.

To dispute the government’s right to take land or property under eminent domain, one must first determine whether or not their home has been declared blighted. There are three ways a property can be deemed to be blighted:

What Limits Does The Constitution Place On Eminent Domain?

The power of eminent domain is subject to numerous constitutional restrictions, including the land must be acquired for a public purpose; the state is required to provide fair recompense for the property.

No one may be stripped of their property without legal due process. Also, in the Bill of Rights, a

The purpose of eminent domain is to permit the government or other public body to appropriate private property for public use. In such cases, the landowner is entitled to reasonable remuneration for the land.

This authority is most frequently used to buy land to expand roads, construct schools, or install utilities. Also, the government uses eminent domain to facilitate the construction of mass public transportation, such as highways or railroads.

This enables them to finance the project without any direct cost to taxpayers. In other words, if a company proposes building an interstate highway that goes through several properties, they use eminent domain to acquire these properties while compensating the landowners.

Why Is Eminent Domain Allowed?

The Fifth Amendment includes eminent domain to ensure that the government can acquire properties for the public interest. This would be the case if a town needs water and the only means to transport water to the town was through a landowner’s private property.

In addition, eminent domain is also a form of compensation due to the recent land confiscation. The government may need more land for public projects, such as building a highway or school. Also, since the eminent domain is a broad state power, its use may be specific limits.

In fact, most of the cases where the government is allowed to use eminent domain are when they want to build another project to protect their citizens.

For example, if a town needs water and the only way to transport it to the town was through a landowner’s private property, they would go ahead and expropriate that land to run water lines into the town. This is an example of fair compensation due to recent land confiscation.

In several cases, it is impossible to reject an eminent domain action. The government has the legal right to use eminent domain. In other words, the property must be acquired for public use.

For example, if a person owns a piece of property, but the government needs it for a new highway, they would have to acquire that property through eminent domain to bulldoze the land. And once this happens, the owner may not be able to object.

However, there are several instances where a property owner can refuse; this would be the case if the property was sold or used for private or public use.

Can You Challenge Eminent Domain?

A party who opposes to a government action must have the chance to get fair notice (a reasonable time to obtain legal advice and prepare a formal objection).

In addition, there must be a chance for a fair hearing before the award (financial compensation) is finalized. In addition, the process must be described in detail.

Can You Challenge A Decision Of Eminent Domain?

For example, if there are errors in how a piece of land was valued or how much compensation was awarded to the landowner, these errors can go through a new appeal procedure.

Also, if the court has a reason to believe that improper procedures were followed in the condemnation process, such as if the landowner did not receive a reasonable amount of time for notice or was not awarded fair compensation, then a court may order another appeal.

For example, if the landowner was not informed and provided with enough time to prepare for his case, he could go through another appeal.

How Do You Prove Eminent Domain laws?

What Does Blockbusting Mean In Real Estate? Blockbusting is the practice of real estate agents urging residents to sell…

Is A Quitclaim Deed Legal? A quitclaim deed is a legal document that transfers ownership of a piece of…

Is A Lease An Appurtenance? It is an appurtenance that arises when the tenant requires a service or access…

What Does Encroachment Mean? The definition of encroachment is a gradual or forceful intrusion into the territory of another… 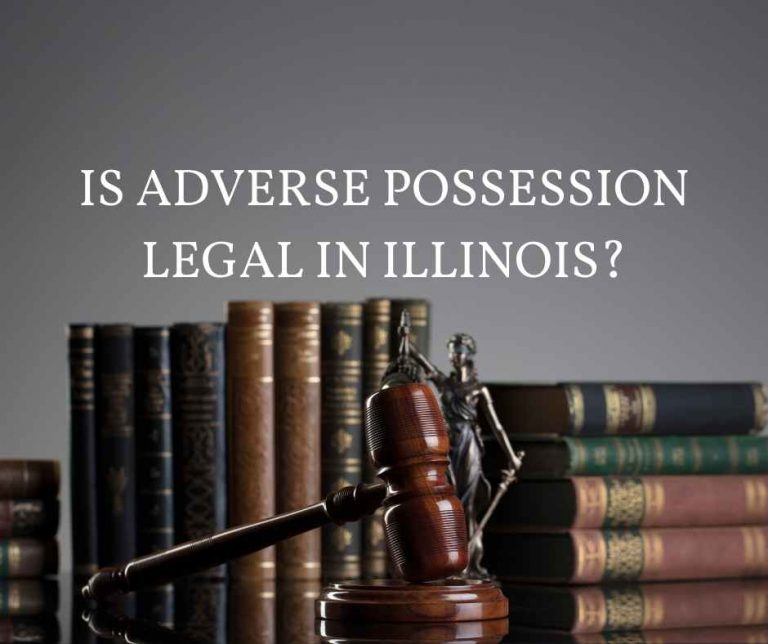 Is Adverse Possession Legal In Illinois? Yes, adverse possession is permitted in Illinois. The Illinois Code of Civil Procedure…